Behind the IP: Reese’s Cupfusion Jawbreaker

Other Aliases: Gobstopper, The Wrecking Ball 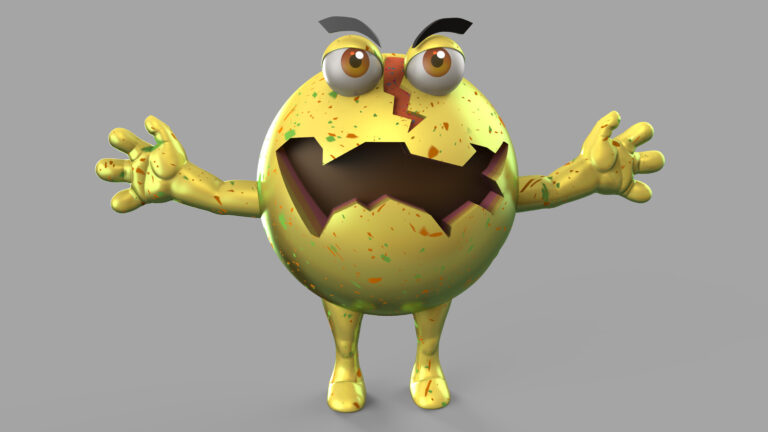 In the interactive dark ride attraction Reese’s Cupfusion, guests must defend the Reese’s Central factory from the marauding League of Misfit Candy, a gang of disgruntled not-so-sweets bent on world domination. Jawbreaker may well be the League’s crankiest member. He has a bit of an appetite for destruction. Like his fellow mischief-makers, Jawbreaker isn’t really bad; just in need of a serious timeout. 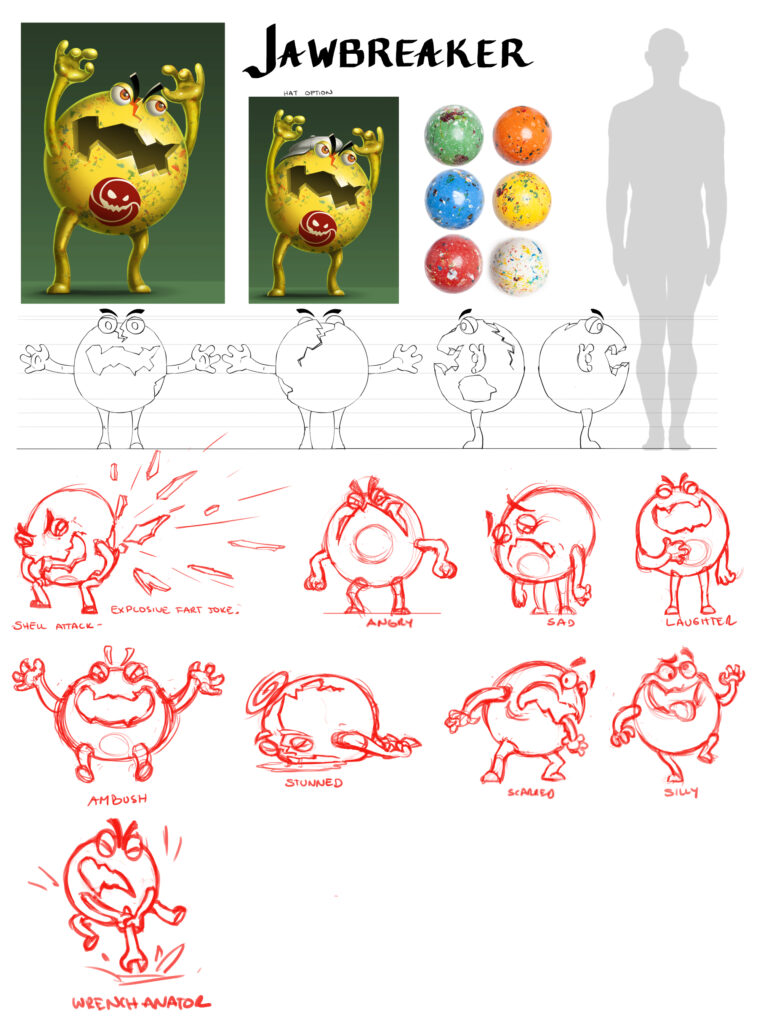 "I always imagined Jawbreaker as an old school New York tough guy. I originally pictured him wearing a flat cap like a cabdriver in a 40s film. It turned out to be a detail that didn't read very well visually and somehow raised more questions about the character than it answered. If he were a human, I'm 90% certain Jawbreaker would be Danny DeVito. All of the League members are candies gone rogue. They aren't in any way critiques of their associated candy types. That said, as a child, I was always slightly wary of jawbreaker candy. The name alone is a threat!"
Tim Madison
Show Writer
See the full Reese's Cupfusion Case Study
PrevPrevious Post
Next PostNext