Behind the IP : Reese’s Cupfusion — The Candy Colossus (& Candy Pipsqueak!)

The Candy Colossus & The Candy pipsqueak

Candy Type: all of them 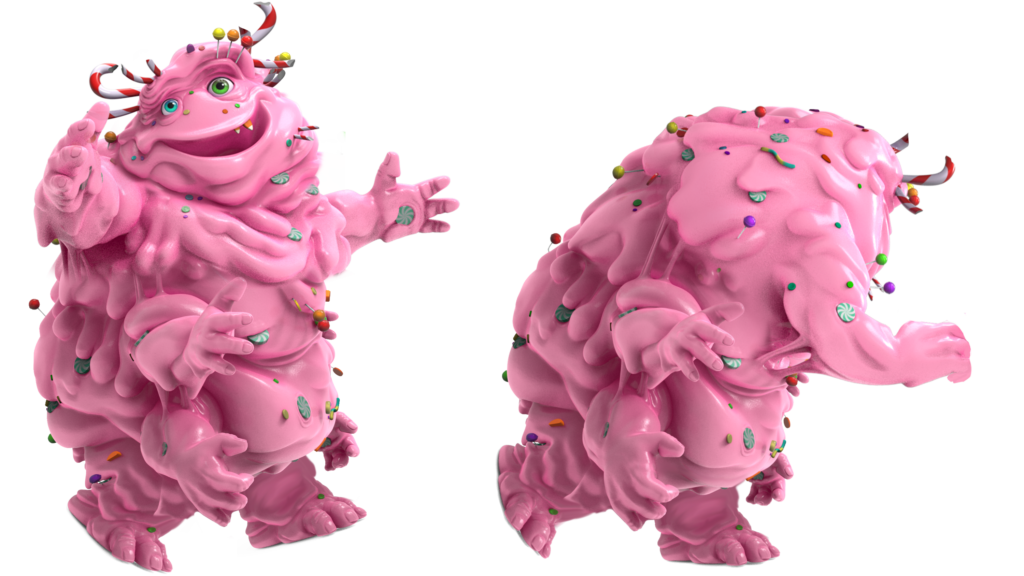 In Reese’s Cupfusion, Hersheypark guests are recruited to stop Mint the Merciless and his League of Misfit Candy from stealing the Crystal Cup, the mystical object that powers the Reese’s Central factory. Up till now, all of Mint’s harebrained schemes to capture the Cup have failed spectacularly. This time, though, Mint has a trick up his sleeve: the Candy Colossus, a super-sized candy blob come to life. Created by Mint as his unstoppable escape plan, the big lug turns out to be a bit harder to handle than his boss bargained for.

Over the course of the ride, the gross and gummy Colossus changes undergoes a few changes–the biggest (or smallest) is when he ultimately transforms into the pint-sized Candy Pipsqueak. 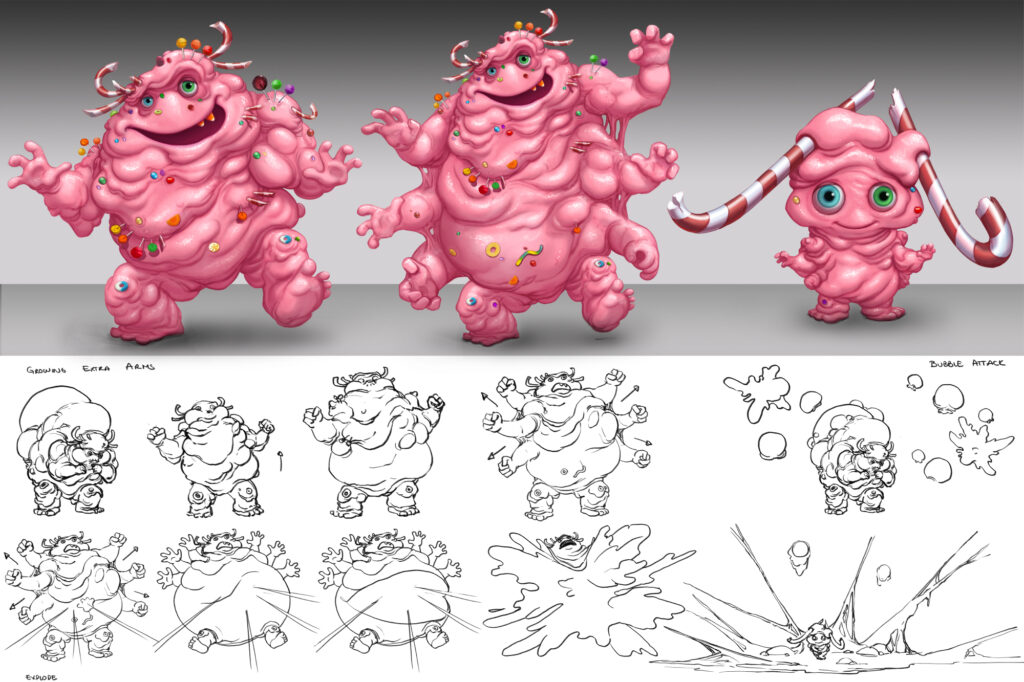 "For the climax of the ride, we wanted to create an extended action sequence where guests have a big showdown with Mint and the League of Misfit Candy. It needed to up the ante on the action—without tipping over into being too intense for our youngest guests.

"In movie terms, Mint's surprise introduction of the Candy Colossus is what's called the Third Plot Point. Suddenly, it looks like Mint might actually get away with the Crystal Cup. The stakes are raised. And every good caper story needs a big twist.

"In game terms, the Candy Colossus is the Final Boss for the guests to defeat. We wanted to pull out all the stops for the final sequence of this ride with a suitably impressive opponent. At the same time, Cupfusion is a family-friendly action comedy, not 'God of War'. Ultimately, the Colossus is just a very big kid running amuck.

"Finally, it was super-important to me that, once guests do 'defeat' the Colossus, we make a point of showing that he hasn't really been hurt, just transformed into the Candy Pipsqueak, basically our own Baby Groot version of the Colossus. To be clear, no candy was harmed in the making of this ride!"
Tim Madison
Show Writer
See the full Reese's Cupfusion Case Study
PrevPrevious Post
Next PostNext