Behind the IP: Reese’s Cupfusion – Heartbreaker

Fun Fact: She’s the founding (and only) member of the “Mint the Merciless Fan Club” 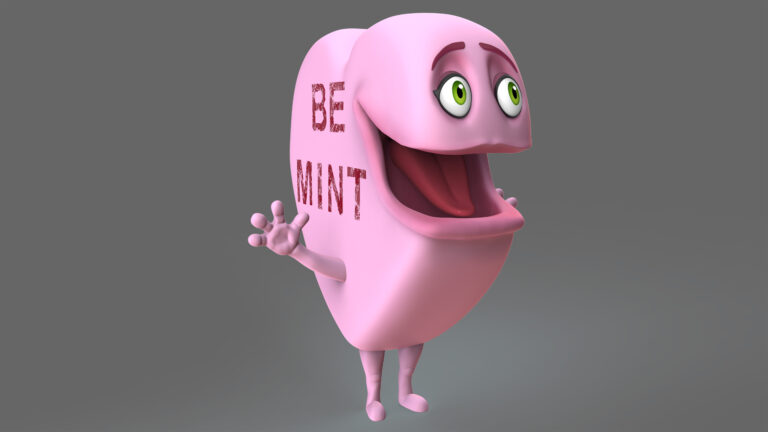 Heartbreaker is one of the deeply silly antagonists riders onboard Hersheypark’s Reese’s Cupfusion find themselves facing off against during their mission to defend the Reese’s Central factory. Like her fellow members of the League of Misfit Candy, she’s inclined toward mischief and mayhem and has something of a bad attitude when it comes to Reese’s (especially their Peanut Butter Hearts.) 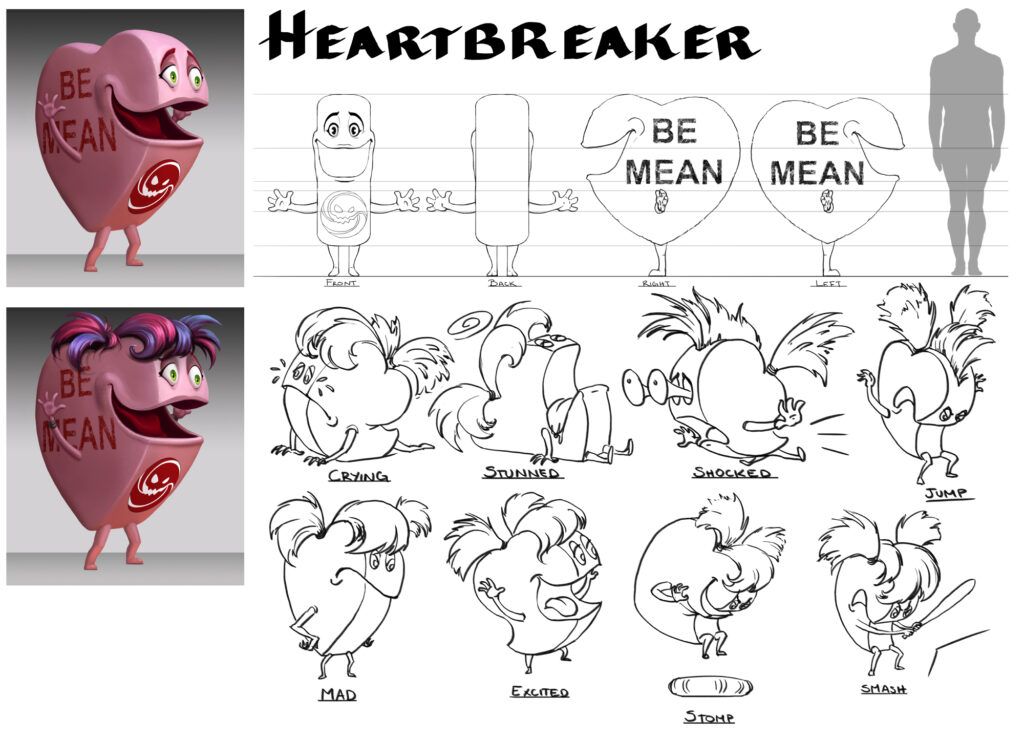 "In Heartbreaker's character model sheet [above], you can get a glimpse of her evolution before we finalized her design. Figuring out how an anthropomorphic heart candy should even work was something of a challenge. Note the disturbing experimentation with hair. I liked the idea the idea that Heartbreaker had a manufacturer misprint--'Be Mean' instead of 'Be Mine'--that sort of informed her bad behavior. Then we realized we didn't want her or any of the rest of the League of Misfit Candy to be that mean. We changed it to 'Be Mint', which actually makes a lot more sense as a misprint. It also meant she sort of morphed into a Mint the Merciless fangirl. She's full of misguided enthusiasm."
Tim Madison
Show Writer
See the full Reese's Cupfusion Case Study
PrevPrevious Post
Next PostNext