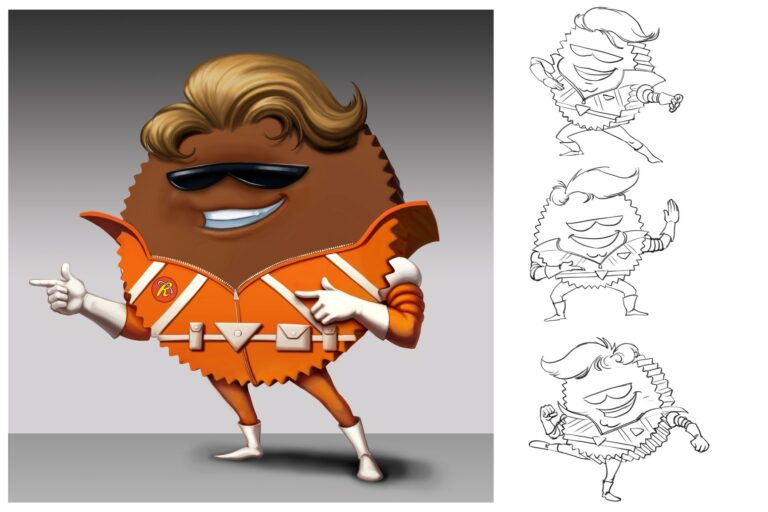 In the Reese’s Cupfusion interactive adventure, Hersheypark guests become security agents for the Reese’s Central factory and are tasked with protecting the high tech facility from the ever-present nuisance of Mint the Merciless and his League of Misfit Candy. Agent Five-Five is their chief instructor and the second-in-command at Reese’s security division. His (peanut butter) heart is always in the right place, but he has a tendency of being just a bit over-the-top with the action hero routine. 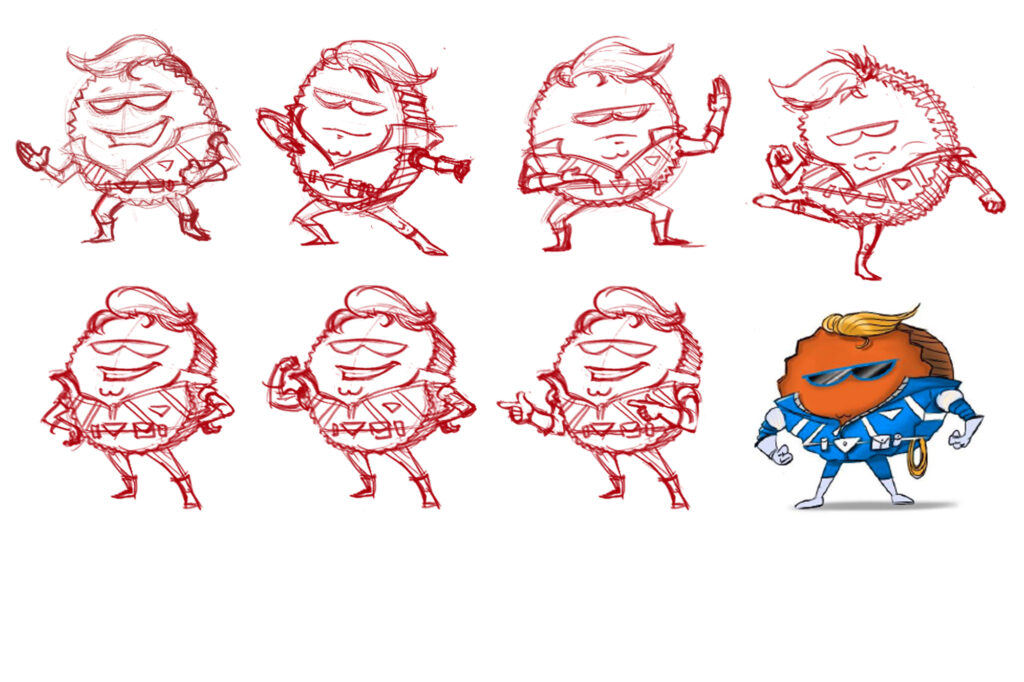 "Agent Five-Five is sidekick and comic foil to Commander Cup, the Chief of Security at Reese's Central. Originally, he was concieved as more of a straight forward hero. We realized he was a lot more fun as a lovably cheesy, slightly clueless counterpoint to the uber-competent Commander Cup. The designs for the Cuppie characters were a lot more challenging to get right then you might imagine. There are all sorts of considerations that go into figuring out how an anthropomorphic candy should look, particularly one that's going to be a representative for a super-beloved brand like Reese's. By the way, in case you're wondering where Agent Five-Five's name came from it's a reference to the 'snack size' Reese's peanut butter cup, which weighs 0.55 oz."
Tim Madison
Show Writer
See the full Reese's Cupfusion Case Study
PrevPrevious Post
Next PostNext