Behind the IP: Reese’s Cupfusion

Guests on Reese’s Cupfusion, Hersheypark’s first story-based interactive dark ride, are tasked with protecting the Reese’s Central factory from a dysfunctional band of disgruntled candy interlopers, the League of Misfit Candy. Slither n Squirm are the mischief-making League’s “double act”, a pair of gummy worms who are stuck on one another—literally. For anyone wondering, Slither is the one with the blue tail. (We think.) 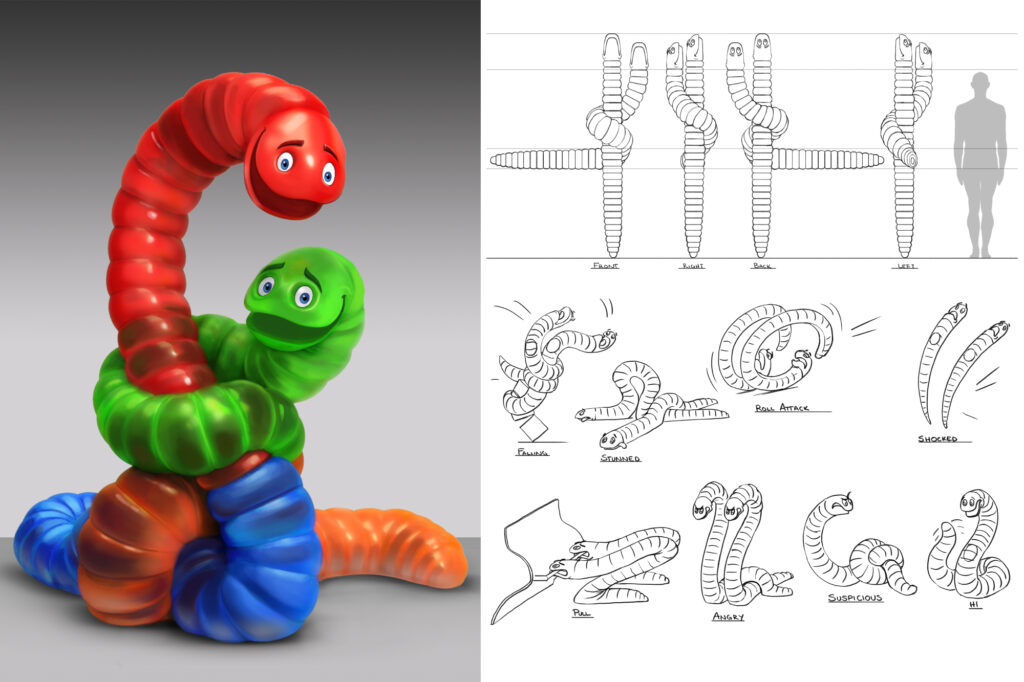 "Although the League of Misfit Candy, Slither n Squirm included, are the antagonists that riders on Reese's Cupfusion are facing off against, they aren't really villains in any serious sense. They are very silly forces of anarchy, the runaway id of a seven-year-old. Albeit a seven-year-old with some dreams of world domination. With Slither n Squirm, we set ourselves something of a logistical challenge by creating a character that's actually two characters intertwined. It just seemed like too fun a gag to pass up."
Tim Madison
Show Writer
See the full Reese's Cupfusion Case Study
PrevPrevious Post
Next PostNext